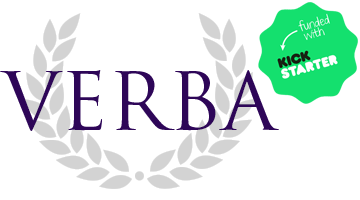 VERBA is the new language learning card game developed by The Pericles Group. The concept is incredibly simple -- one player (acting as a judge) draws a random card containing a fill in the blank sentence in the target language and the other players play a card containing a noun from their hand. The player who has played the sentence card then chooses the best card played and that player scores a point. Play continues with that player as the new judge. 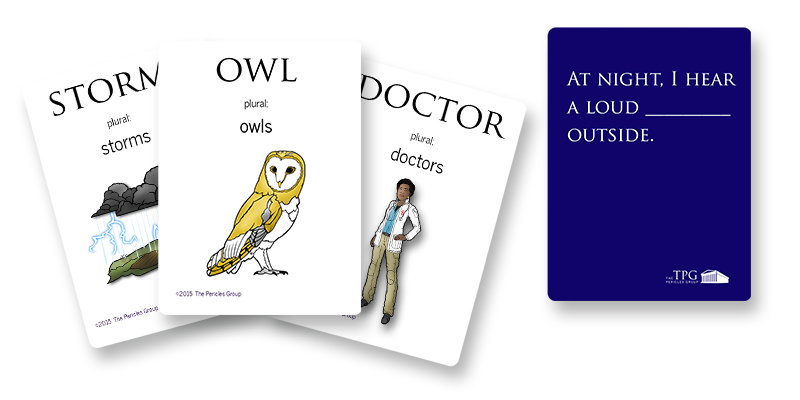 All VERBA players benefit from seeing high frequency words, with many repetitions, in a context that fosters authentic learning and comprehensible input informed by best practices in second language acquisition. As with all of The Pericles Group's educational games, the play objectives and the learning objectives are one in the same. Players win by making comprehensible sentences, scaffolded by the cards, the images, and the helpful hints included on the sentence cards. We always want to ensure that the learners are seeing correct forms and those forms are continually reinforced by the mechanics. 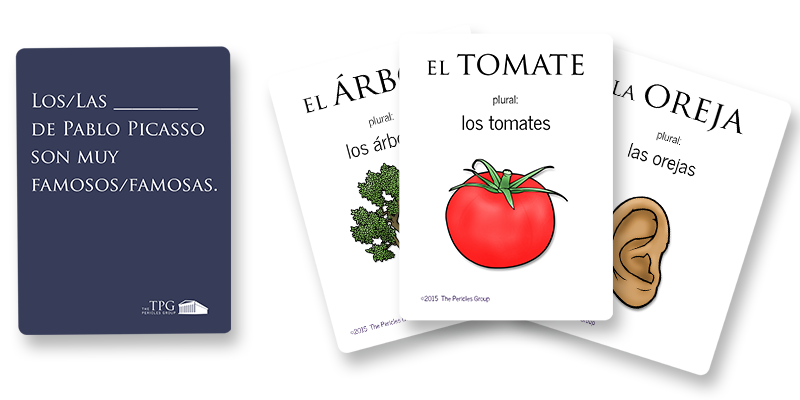 VERBA: Latin, English (for English Language Learners), Español (Spanish), and Français (French) are available now in the Web Store and if you can't wait, you can download the Print and Play file for all of the full core sets! You'll have to print out the cards and cut them out yourself and they won't be the same high quality production as the professional versions, but at least you'll get to use them right away! All core sets consist of 50 sentence cards and 145 noun cards and are designed for the novice language learner. 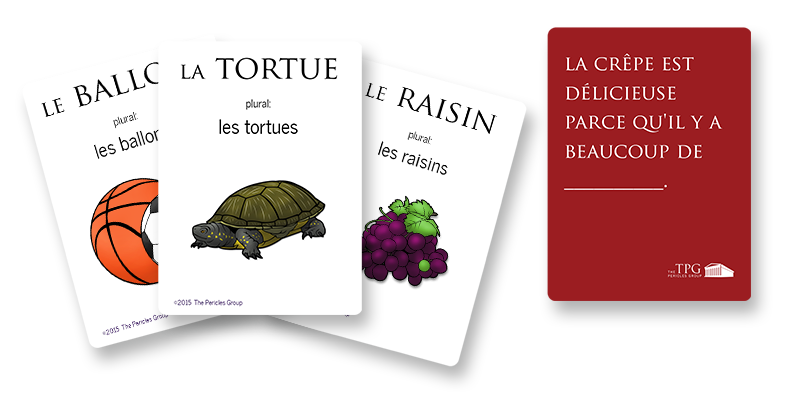 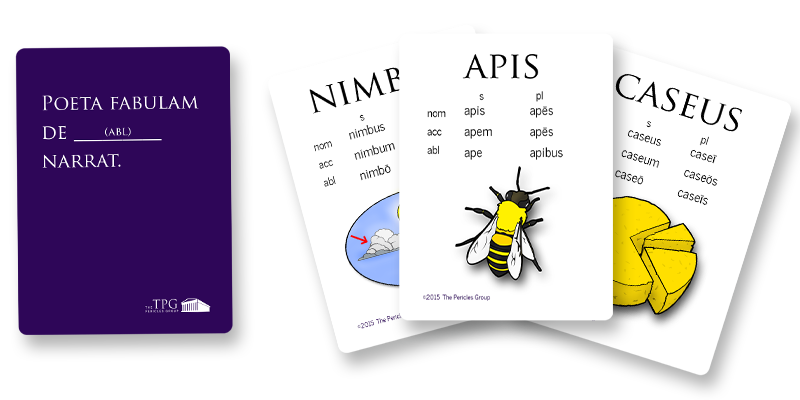 Keep an eye out for additional languages and expansions coming soon. Ancient Greek, Chinese, French, and Japanese are in the beginning stages of development.